Create Account
Hearthstone is following this rather famous tv show that you might have heard about's suit and bringing winter to you during the summer season. Blizzard's card game's newest expansion "Knights of the Frozen Throne" is about to be released all over the world in the next two days with 135 brand new cards and many more surprises.

The theme of the expansion is Death Knights - a playable class in World of Warcraft which has so far been missing from Hearthstone. Instead of adding a 10th hero to the game though they allow each existing one to transform into a death knight thanks to the new "hero" card type. These legendary cards replace your hero, give you a new hero power as well as 5 bonus armor and a battlecry effect.

"Knights of the Frozen Throne" also introduces a new keyword - "Lifesteal". When a minion or spell with lifesteal deals damage it also heals your hero for the same amount. We are also getting a lot of cards with Deathrattle after losing a significant chunk of them when Naxxramas was rotated out of the standard set.

Last but not least for all the adventures' enthusiasts out there, the expansion will include solo missions against 9 of the Icecrown Citadel bosses, the last of which is obviously the Lick King himself. What's more, they will be free to play and reward you with one of the death knight hero cards at random. Thanks for being so generous, Blizzard!

If you want to spend some money on the new cards after all, you can still pre-order a bundle of 50 packs for €49,99 and get an exclusive card back to boast but don't wait too long as the offer ends as soon as the expansion is live.

Breakfast will be served ice-cold on Aug. 11 when Knights of the Frozen Throne goes live in Europe! #FrozenThrone pic.twitter.com/ZwpO1BWm5y

We also checked what AKAWonder and Zetalot's initial thoughts on the expansion are. 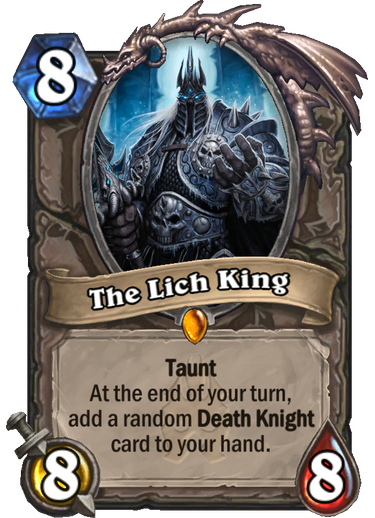 Our Spanish superstar thinks that this expansion gives more tools to control decks and almost no good cards for aggro. "I like all the hero cards because I always like crazy stuff but I don't think most of them are gonna see play in competitive. If I have to be honest I only see the shaman hero as a good card to play but I could be wrong  of course. One of my favourite cards is The Lich King. I think it works kinda like Ysera but it has taunt so you will be able to play it in late game." 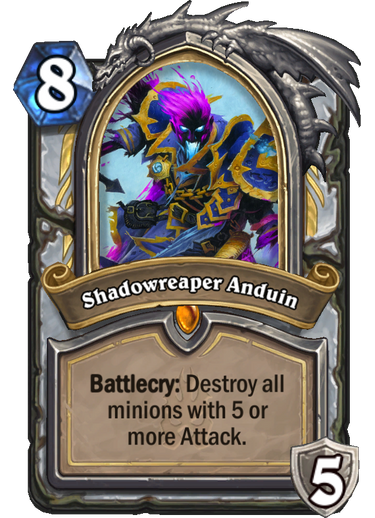 Zetalot of course gave us his insight into the Priest class: "At first I was disappointed seeing the new Priest cards being overcosted and very similar to existing Priest cards we already have (examples: new 5 mana Thoughtsteal card - Devour Mind, 4 mana Resurrect - Eternal Servitude, or 6 mana delayed Mind Control - Embrace Darkness) but then they showed the Priest hero card which I'm very excited about. It's my favourite card of the expansion. Can't wait!"


Knights of the Frozen Throne is almost upon us with countless new cards and decks to be explored. Brace yourselves and get the RNG gods on your side before you dive deep into the new content. We'll see you in the Inn!