Create Account
Wednesday, January 16, is the starting point of the new season of the Virtual Bundesliga. For its next edition the German Championship boasts some exciting changes.

The competition is organized by the DFL, who also manage the real professional German football leagues. The Virtual Bundesliga is going to be split in three parts. First off is the Club Championship, which starts tomorrow. From January to March, twenty-two teams of the first and second division of the German Bundesliga will send their FIFA pros into the race for the coveted top seats. Place 1-6 and you will directly qualify for the final stage, the Grand-Finals, while spot 7 to 16 earn you the right to participate in the Playoffs, where you can snatch a seat in the Grand-Finals. Additionally to the Club Championship, there will be an Open Qualifier in which all players that are not associated with a Bundesliga club can compete in and make their way to the Playoffs.

The Club championship will be played just like a regular football season and consists of three matchups for each match day - one XBox One match, one PlayStation 4 clash and a two-on-two contest, in which the home team can decide the console on which the game is played on. For each win in these match days you get three points, while a tie gives you one point. So if you win all three showdowns, you get nine points. The schedule of the competition is pretty busy. Most of the time there are going to be two match days a week with a featured contest that gets broadcasted live in national German television.

To give everyone equal starting conditions the game mode will be the “leveled-off” version, in which all teams have an overall rating of 85.

Since we are in a cooperation with the German football club 1. FC Koeln, our players will enter the Virtual Bundesliga on their behalf.

All these structural changes demanded for an adjustment on our part as well. Therefore, we have added two extremely talented players to our roster.

Our first addition is

Dylan 'DullenMIKE' Neuhausen. He is only sixteen years old but one of the most talented and coveted international players in the whole scene. At the end of last year he made his first appearance at an international tournament. In November, he entered the FUT Champions Cup in Bucharest and made his way to the K.O. stage by beating the European champion

Tass from FaZe in the final match of the group stage. In front of over 100,000 livestream viewers, he stayed cool and delivered when it mattered the most. He sent the established veteran home and went on to face the eventual champion

F2Tekkz, who eliminated him and stopped his ascent. Our new competitor ended up in the top sixteen which is very remarkable.

To even qualify for an international tournament is extremely difficult, but finishing in the top sixteen out of the total 64 world-class participants was an even more impressive performance at his first international offline event.

Dylan 'DullenMIKE' Neuhausen will look to repeat this great start to the international circuit later this month, when he will travel to London and Bucharest to compete in more international LAN tournaments. Only this time he will do it as a player of SK Gaming. The LQE in London starts on the 18th January and of course we will cover all the action right here on our website. Check back later during the week for updates about 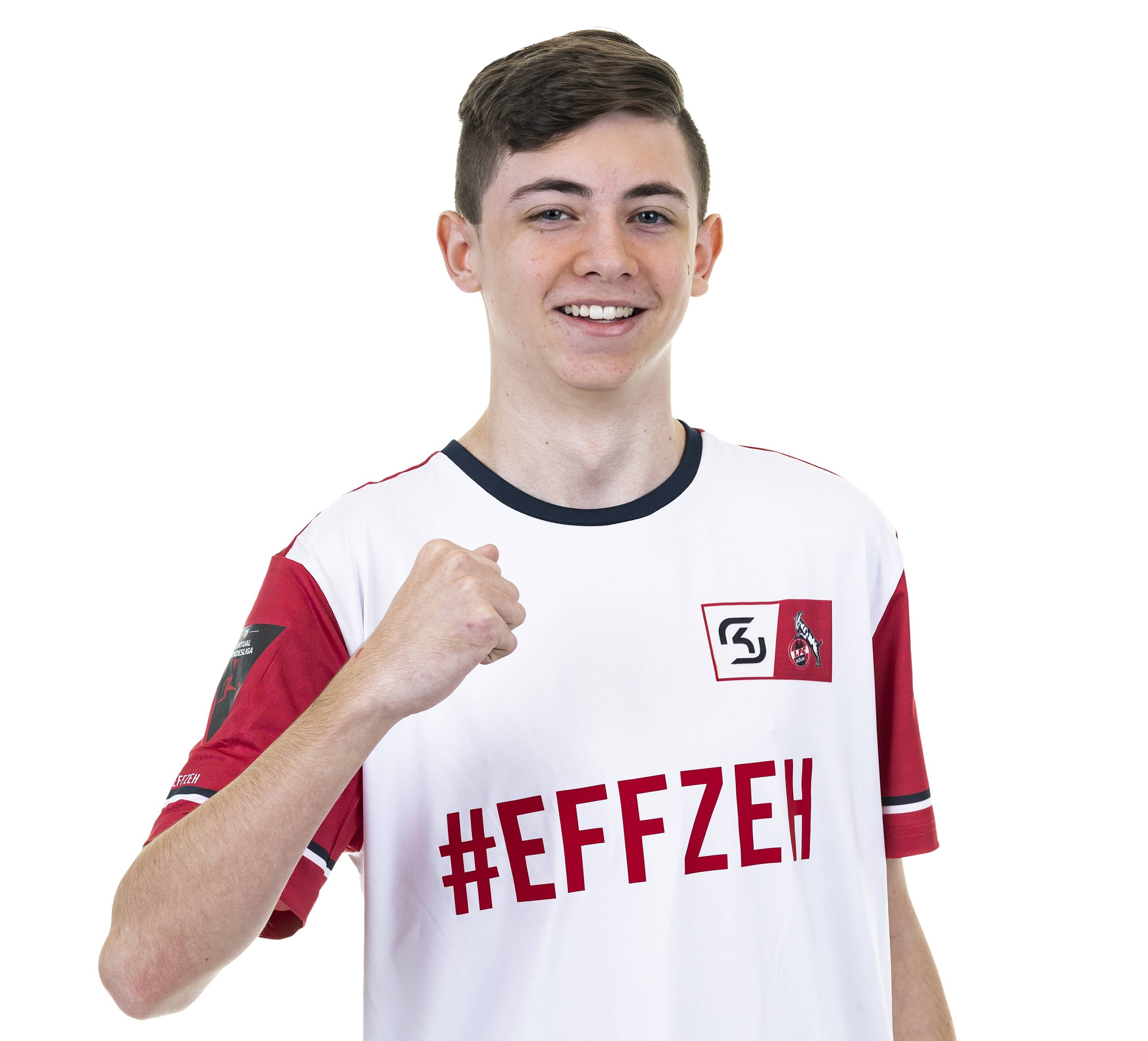 Our second new signing for the Virtual Bundesliga is

Niklas 'Bomb' Floeck, who comes to us on a loan from Nordic Gaming. In last year's edition of the Virtual Bundesliga he picked 1. FC Koeln as his favorite club and bursted into the scene by coming out of nowhere and making it all the way to the K.O. stage where he lost to the eventual champion. However, he dominated the majority of that match and only lost during the additional time. His grandad is a die hard supporter of 1. FC Koeln and therefore

Niklas 'Bomb' Floeck loves the club since he was a child. He is one of the most talented German up-and-coming-talents and because of these reasons, he is a natural fit for our Virtual Bundesliga roster. 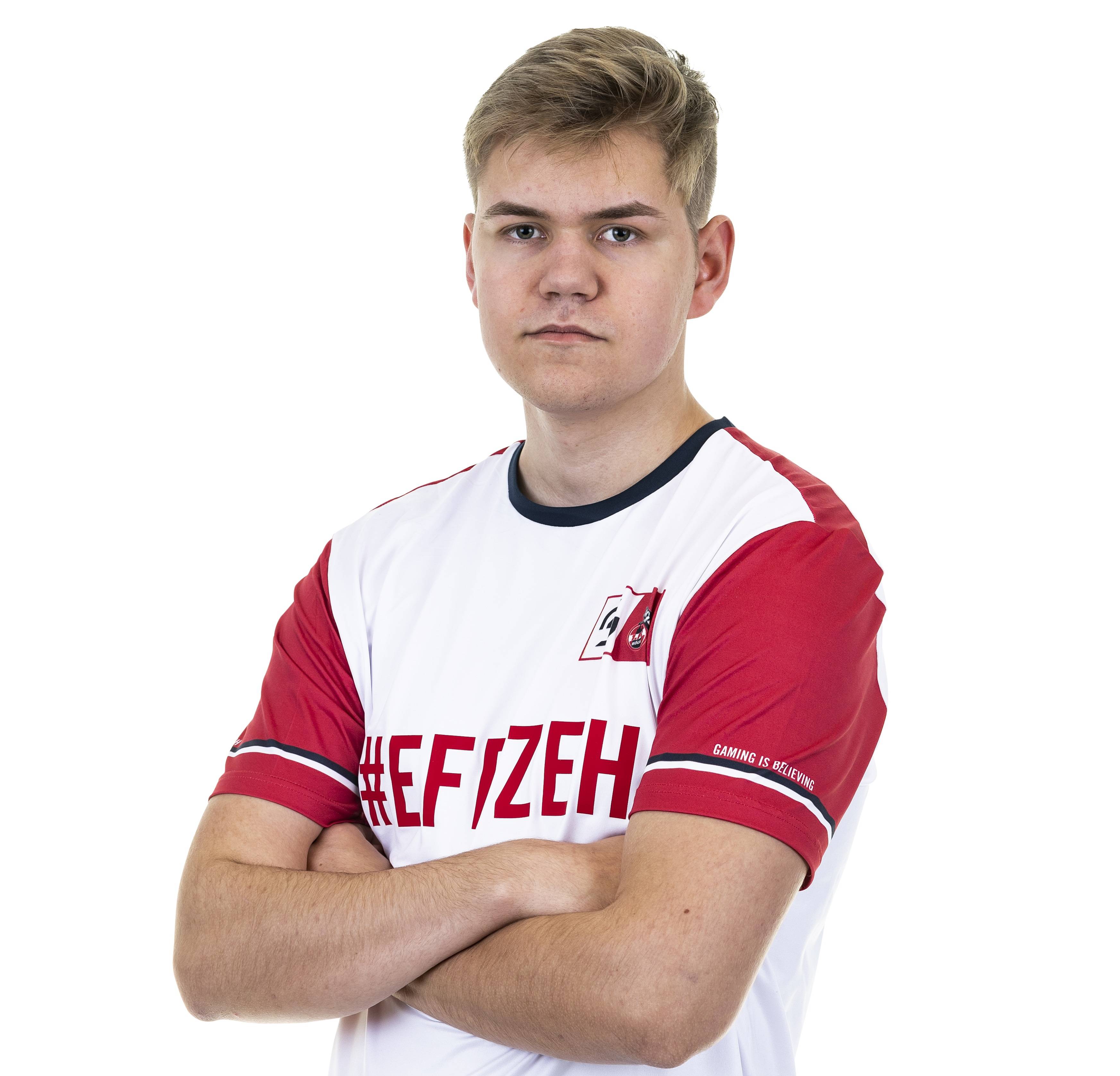 Mirza 'Mirza' Jahic are also a part of our squad and bring a lot of knowledge to the table. Mirza finished as the runner up in last year's Virtual Bundesliga and thanks to our broad roster that has the perfect mix of experience and young talent, we are going to try to climb to similar heights this time around.

Our players set out for a successful starting point to the new season and are preparing themselves for the task with a bootcamp in our new office. On Wednesday we will head to the RheinEnergie Stadium of Cologne where we are going to take on our first opponent, VFL Wolfsburg, and try to kick off the Virtual Bundesliga with a win.

Daniel combines his passions for esports, writing and sports and uses his brilliant eye for talent to achieve greatness with our players.