The competition in LEC continues for us with a match against Misfits, followed by the German derby with Schalke 04. Both of them defeated us in the first half of the split so it's time for revenge! 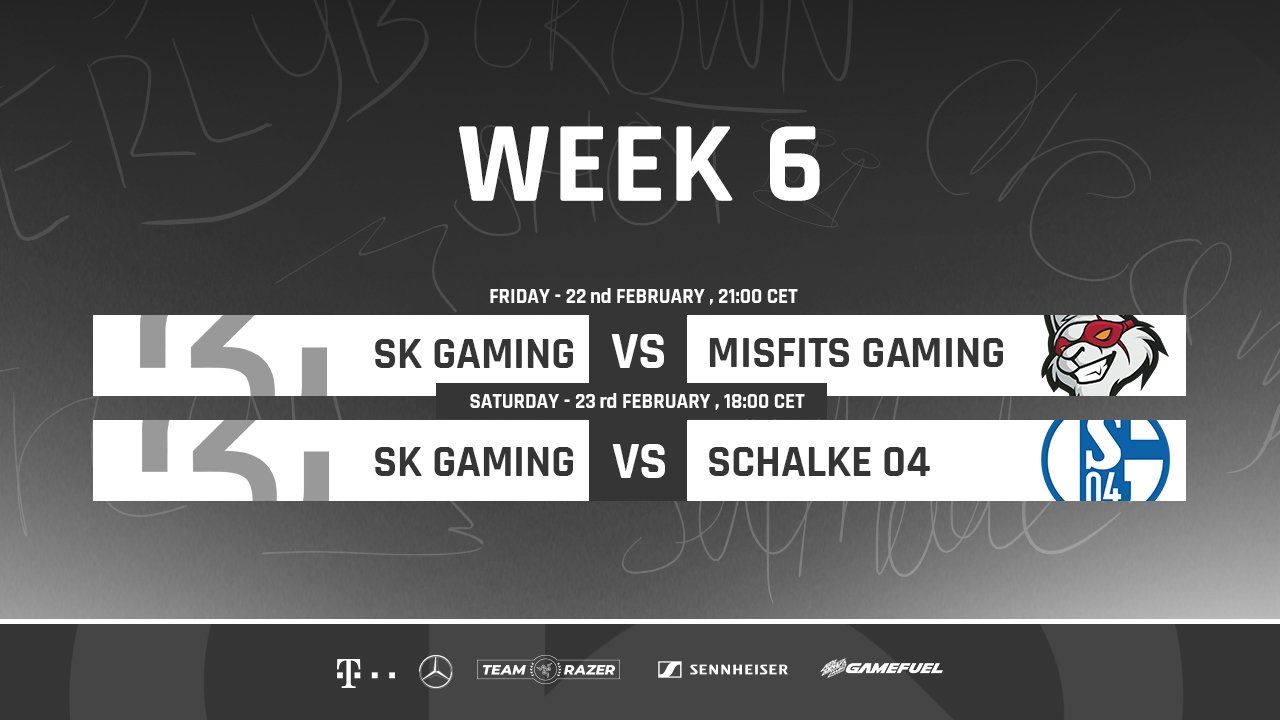 SK Prime are currently on top of the world in the German speaking region and they will look to cap it off with their first trophy this Sunday at the Premier Tour Bonn Final. They'll be spending the time until then bootcamping in FC Koeln's facilities here in Cologne, Germany, and of course playing their weekly games in the ESL Meisterschaft and Summoner's Inn League.

We win ESLM match vs Panthers 2-0

I just want to take a moment to commemorate #SKPRIME 's achievements:

A lot of people rated us low, but we will continue to exceed expectations and work hard. #SKWIN

A busy busy week in the Virtual Bundesliga is up ahead for our FIFA players. On Thursday they will be in Munich in order to play the featured match of the week on national television. On Saturday they will be attending FC Koeln's home game vs SV Sandhausen before facing the same opponent on the virtual pitch, followed by two more encounters.