We can count the matches left from the LEC spring round robin on the fingers of one hand which makes them ever more important. We suffered losses to both Origen and Splyce in the first half of the split, now it's time to turn the tide around. 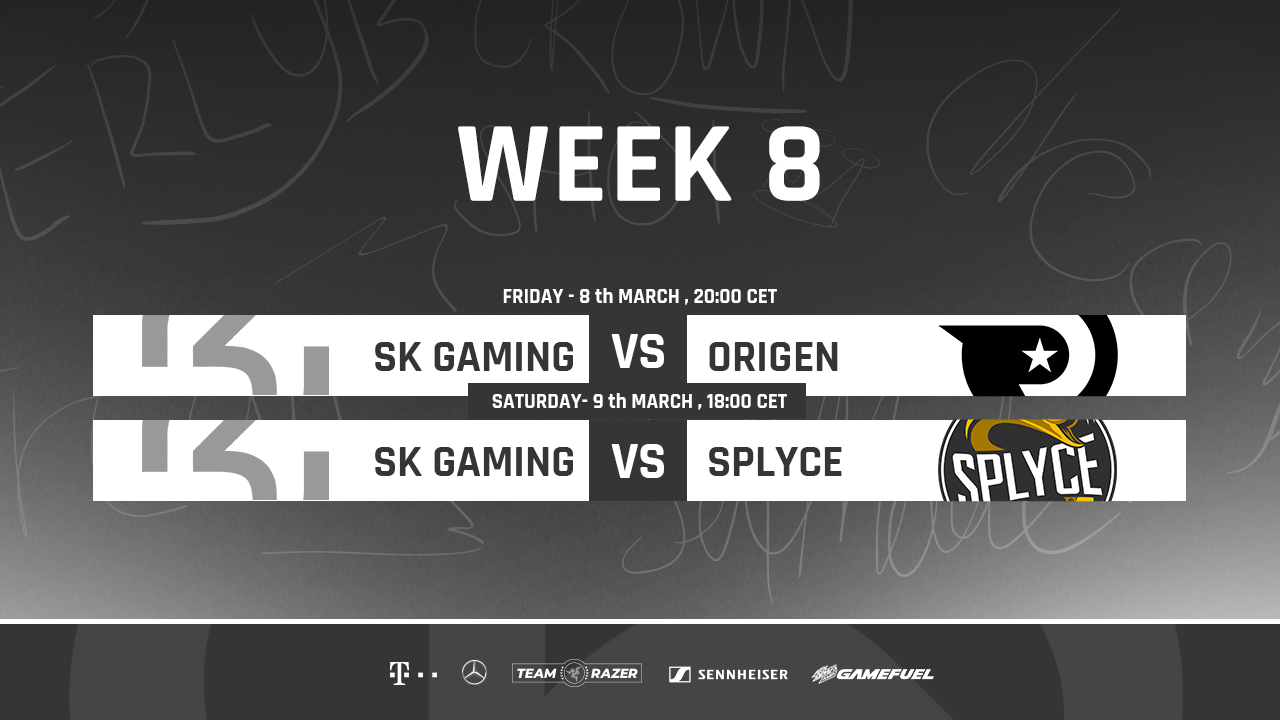 Times have been tough the past two weeks for SK Prime but that's the perfect opportunity to show your true strength of character and rise up once again. It's the last week of the regular second season of Summoner's Inn League and funnily enough we are facing the same team, AeQ Esports, both in it and in the ESL Meisterschaft.

The Virtual Bundesliga is almost coming to a close but before that we have another busy day on Wednesday, 6th March with 3 matches in a row. With 9 points on the line in each of them, the standings can change up in any number of ways so let's do our best!