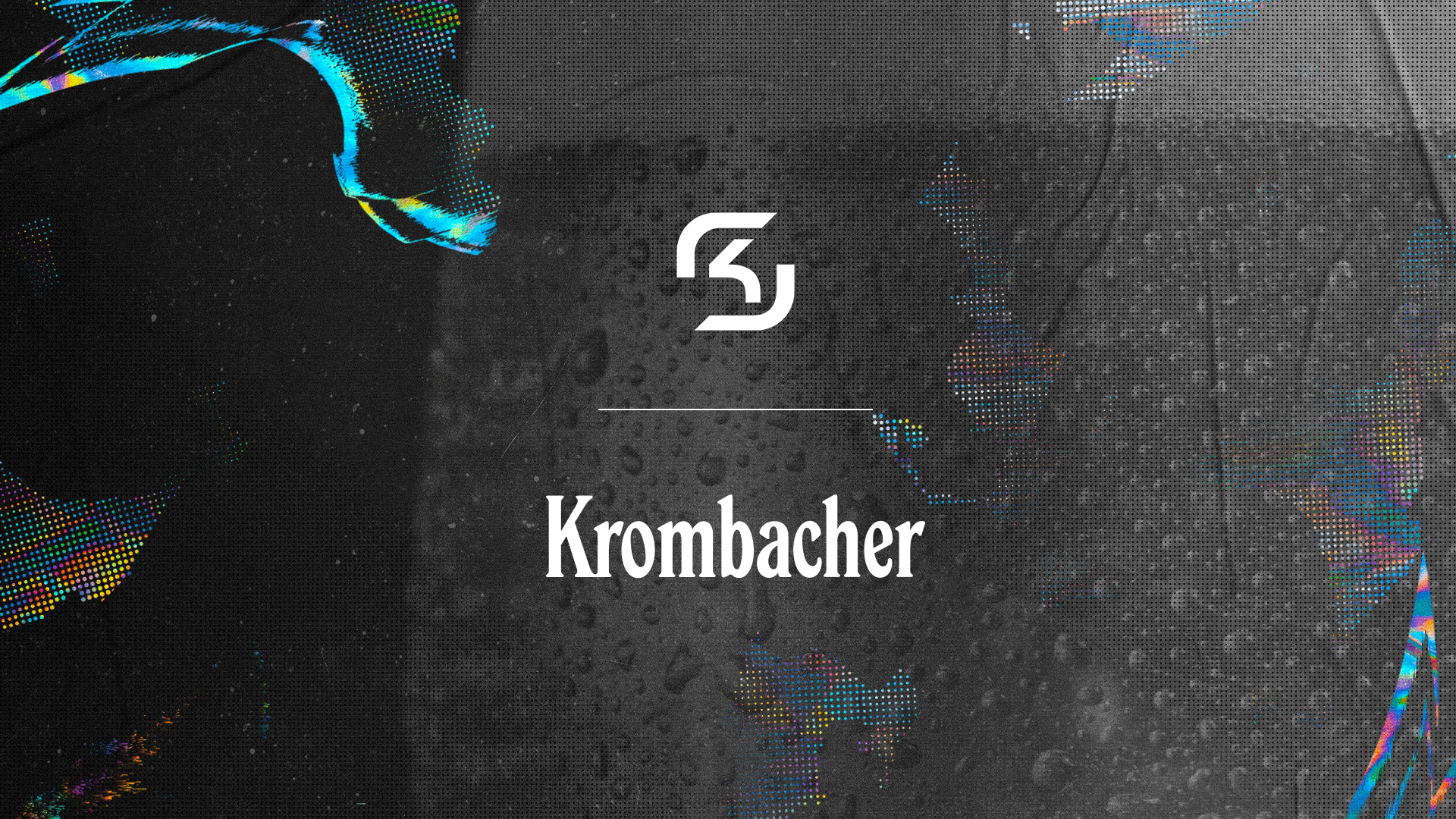 SK Gaming is excited to announce our newest partnership with Krombacher, who will from now on take care of providing refreshment for our players in the form of refreshing beverages.

Krombacher is one of the largest privately owned breweries in Germany. They produce, among others, a variety of alcoholic and non-alcoholic beer choices from Krombacher Pils to Krombacher o,0% to Krombacher’s Fassbrause and even Vitamalz. The Krombacher brewery is located in the state of North Rhine-Westphalia, not far away from our headquarters in Cologne, which makes this partnership a perfect fit for both sides.

“For us, SK Gaming is the ideal partner for our involvement in esports. It is a strong brand and a team with a high level of quality and professionalism - a requirement that we set for ourselves. We are convinced that we can use each other's synergies, reach new target groups and, in particular, offer added value to the community with exciting content,” says Uwe Riehs, Chief Marketing Officer at Krombacher.

“It’s no secret that we at SK Gaming are committed to supporting our players holistically. Nutrition is, of course, an integral part of this approach and we genuinely believe that Krombacher and their unique product portfolio will help us take the next step here. We feel thankful for the trust they put in us and are incredibly excited to bring this partnership to life”, says Alexander T. Müller, CEO at SK Gaming.

We are committed to providing our players with the best conditions in every possible aspect and refreshing beverages is one of them. Our facilities in Cologne and Berlin will from now on be equipped with Krombacher’s product portfolio. On top of that, we are planning jointly produced content formats and an exclusive video series with some of the SK players. We will also be cooperating on a mobile gaming tournament powered by Krombacher. More details around that and other activations we have planned will follow soon.

SK Gaming is a leading esports organization and one of the world’s most recognized brands in competitive video gaming. Founded in 1997, "Schroet Kommando" has grown from a passionate group of friends into a successful esports business with offices in Cologne and Berlin, Germany. In the past two decades, SK Gaming managed to win more than 60 major championship titles and millions in prizemoney earnings across a variety of disciplines. Currently, SK Gaming teams and players compete in the League of Legends European Championship, Prime League, Clash Royale League, Brawl Stars Championship and the FIFA eWorld Cup among others.

Family-owned for generations, the Krombacher Brewery is today the largest private brewery in Germany and one of the most modern in Europe. Their claim has always been to brew beers of the highest quality. Thus, each Krombacher beer is brewed exclusively from the best natural ingredients with great care and attention to detail using original centuries-old brewing craft. These are the pillars of the success story of the Krombacher family brewery.

SK Gaming and TEEKANNE Team up for a Digital Advent Calendar